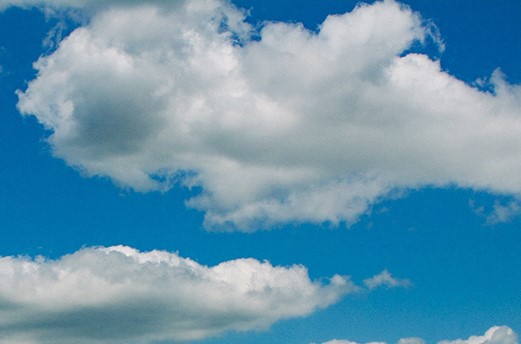 How Much Does A Cloud Weigh?

Several recent and disastrous floods have captured the news around the globe. Kentucky hollows were scrubbed by flash floods that exceeded any on record. Pakistan suffers immense loss as I write this. It is easy to understand that too much water causes floods, but where does all that water come from? It comes from clouds, of course.

The cycle of water drives all terrestrial life. When people talk  about climate change, they are not just talking about temperature. Water evaporates from the surface of our planet, condenses in the atmosphere, and falls back to Earth, and that makes the climate at any location. Whether a particular site is dry or wet, or rains come seasonally, or water is stored in snow pack in the mountains to be released later, all of this is critical to what kind of plants and animals can live on the surface. Much of this is well-known. A mountain ridge will have a wet side and a dry side. It is wet where the dominant winds push up slope. The air cools as it rises into the lower pressure of higher atmosphere, and condensation forms clouds, then moistures falls as rain on the mountain. On the other side of the ridge, descending air warms up as it is compressed, and gains capacity to hold water: with less rain, that side is drier.

The same process can happen without mountains. In the tornado capital of the world, the American Great Plains, as the sun warms the soil, rising air brings moisture to altitudes sometimes higher than 30,000 feet, where the (now cold) air no longer can hold the water, and condensation descends. This rising-and-falling air can create great cycles of turbulence, freezing the moisture to become hail, and ultimately resulting in thunderstorms and tornadoes.

On a larger scale, the uneven heating of the surface of Earth creates areas where the air is rising or where it is falling. The invention of the barometer, which measures air pressure, is critical to understanding this phenomenon. “Barometer” is scientific jargon in Greek for “weight measurer.” The barometer was invented in 1644 by Evangelista Torricelli, a student of Galileo, who wrote “We live submerged at the bottom of an ocean of the element air, which by unquestioned experiments is known to have weight.” At sea level, air pressure is about 14.5 pounds per square inch, or 1 kilogram per square centimeter, which actually is a lot of weight. Legend has it that when Torricelli installed a barometer on  the wall outside his house in Florence, Italy, the townspeople saw that the barometer would fall (indicating lower air pressure) and storms would  follow. The people demanded that he remove his device because they thought it was causing the storms. Of course, the falling barometer was predicting a storm, not causing it.

When air rises, the barometer will indicate low pressure. Air is leaving the area, and moisture in the rising air will condense, producing clouds, and possibly bad weather. When air falls to the surface, the barometer will show high pressure (air is packing into the area,) and as that air warms it will increase its capacity to hold water, meaning clear skies.  Rising air, low pressure, condensation of water, cloudy skies. Falling air, high pressure, absorption of water, clear skies. Because of this fundamental principal, climatologists can estimate or predict the severity of a storm by the barometric pressure.

So, how much does a cloud weigh? Calculations are a little sloppy. Some estimates state that air will generally hold about 0.5 grams of water per cubic meter. A pretty, puffy, small cloud may be 1 cubic kilometer (one kilometer long, one km wide, one km high, roughly divide by two to feel it in English measures, half mile, half mile, half mile…) If we calculate the mass of water retained in such a cloud we get about 500,000 kg, or about 550 tons of water. That one little cloud weighs about a million pounds with about 137,000 gallons of water.

Our little cloud is no storm. Thunderstorms are usually several miles across in each direction and four to six miles high. If an ordinary thunderstorm is four miles by four miles by four miles, it would be more than 500 times as big as our little cloud calculated above,  holding about 65 million gallons of water. Even a regular thunderstorm could cause problems if it drops that much water suddenly in one narrow Kentucky hollow.

In October of 2012, hurricane Sandy caused more than $70Billion in loss. Sandy measured about 900 miles across at the greatest extent. If we were to assume that Sandy was 900 miles wide by 900 miles long by 4 miles high, we would get, at modest saturation, about 3,369,600,000,000 gallons of water (about 3.4 trillion gallons). Such a volume would occupy about 450.5 billion cubic feet of space. Thinking of  Pakistan, if we flood a broad, flat area lethally 10 feet deep, this amount of water would cover an area about 40 miles by 40 miles. Try hiking to safety on that landscape!