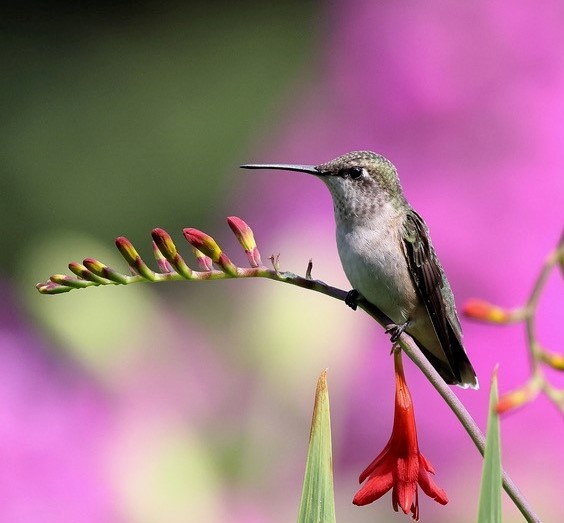 Phenology is the study of when things happen, such as when trees leaf out after winter, or flowers bloom, or migratory birds arrive. March and April are great in our area to heighten awareness of the change of seasons because a careful observer will be treated with one after another event. And, by keeping records, we learn if this is an early spring or not, or if that late ice storm made a difference, and all kinds of other insights unnoticed by people who are not looking at trees, spring flowers, and birds.

Whether spring is early or late depends on what we are measuring. Some plants may track night-time temperatures, such that an early warm spell will launch them into activity. Other plants and many animals seem to rely on day length, which does not vary by date, year to year, so they start their engines at about the same calendar day every year, regardless of the weather. In addition to latitude, location in a valley or on a ridge is important. We live about 50 miles east of Pittsburgh, yet our seasonality in the Laurel Highlands is a closer match to central New York State than to Pittsburgh.

The delayed arrival of spring may affect only the early species, and the later spring flowers may arrive close to when we expect them.  The beautiful nodding trout lilies bloomed on April 14 in 2016 and April 15 in 2018, and April 10 in 2021, not showing the pattern of the flowers that anticipated blooming in March.

The hummingbird’s appearance in spring is amazing. They can be expected to appear in our area within just a couple of days, pretty much every year. Here are the dates of their first appearance at the exact same location near the town of Rector, PA, from 2017- 2021: April 30; April 29; April 27; April 29; April 28. They came all the way from Mexico, arriving on basically the same date every year, regardless of weather. It is a wonder that a tiny bird can make a very long trip with such reliability. Just as amazing, consider that after the marathon migration, the female lay eggs, raises chicks, and flies back to Mexico.

If you have been paying attention to birds, you will note that the owls are nesting,  the turkey vultures are overhead, and robins are back in large numbers. Spring is inspiring to everyone, and especially rewarding to those who follow phenology of plants and animals, the ebb and flow of the species around us.