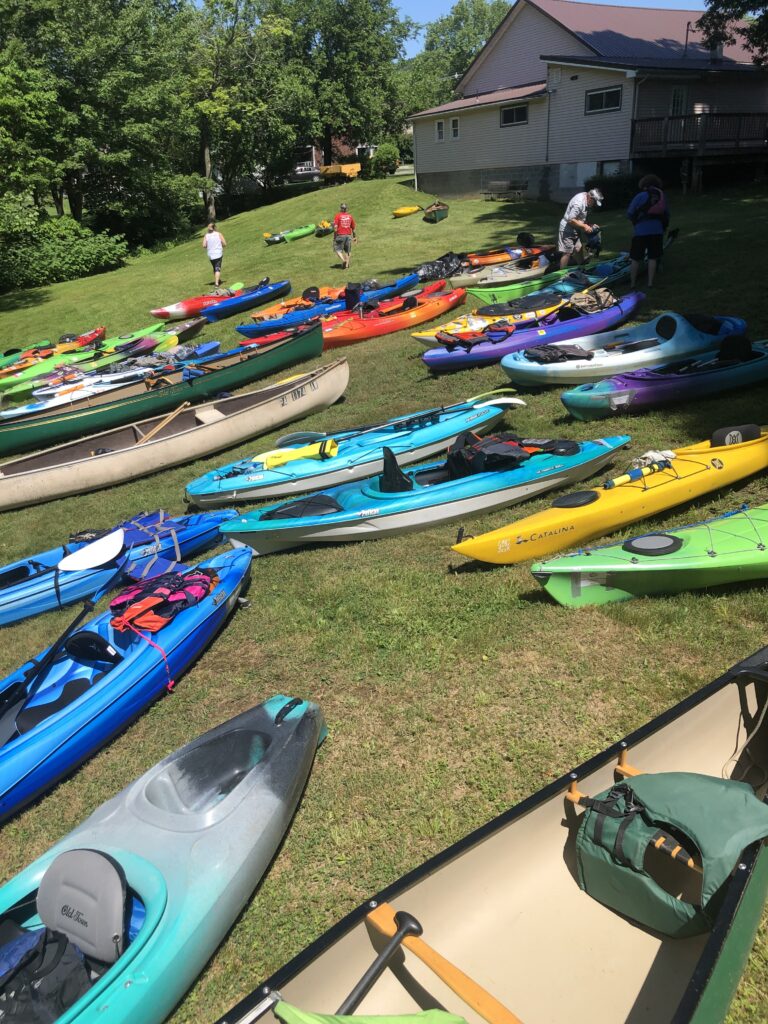 I recently had the pleasure of paddling 11 miles through Pennsylvania’s famous Packsaddle Gap with the annual river sojourn sponsored by the Conemaugh Valley Conservancy. This was the first time for me, and several of the other participants were happy to tell me about their experiences on earlier trips. The rugged forested hills are beautiful, and there is plenty of nature to enjoy. Among water birds, I saw Kingfishers, Blue Herons, American Mergansers with cute ducklings behind in a string, and a Bald Eagle.

One of the most rewarding things about being a naturalist is that we can find excitement in unimpressive things. At one location, I thought I found an otter latrine. Otters are keenly intelligent, and among their habits is not to leave feces, or “scat,” as it is called when from an animal, in the water where they hunt. Instead, they go ashore or on top of a boulder in the river, and defecate there. That way, their hunting grounds are not fouled, and the rushing current during periodic high water will take the scat away. It is an unexpected pleasure to see otter scat because it is partway to seeing an otter. As good as a footprint. They are here! This is particularly fun on the Conemaugh river because in the Native American Lenape (Delaware) language “Conemaugh” means “otter river.”

Along the banks of the river, unnoticed by most paddlers, was a wild display of life from a remarkable beetle that lives in rivers and ponds. The whirligig beetles (Family Gyrinidae, think of “gyrate,) are predators that scoot along the surface of the water, hunting in fast and crazy circles. Moving chaotically, they will dive underwater suddenly if they feel threatened. And they can see you coming. Each of their eyes are split into two lobes, one to see above the water,  and one below.

In some species, the males have suckers on their front legs to hold onto females during mating so that her speed and agility will not shake him loose. But the thing I like to show off (if I can catch one or two of them) is that they smell like crisp green apples. They smell good, I would even say delicious!