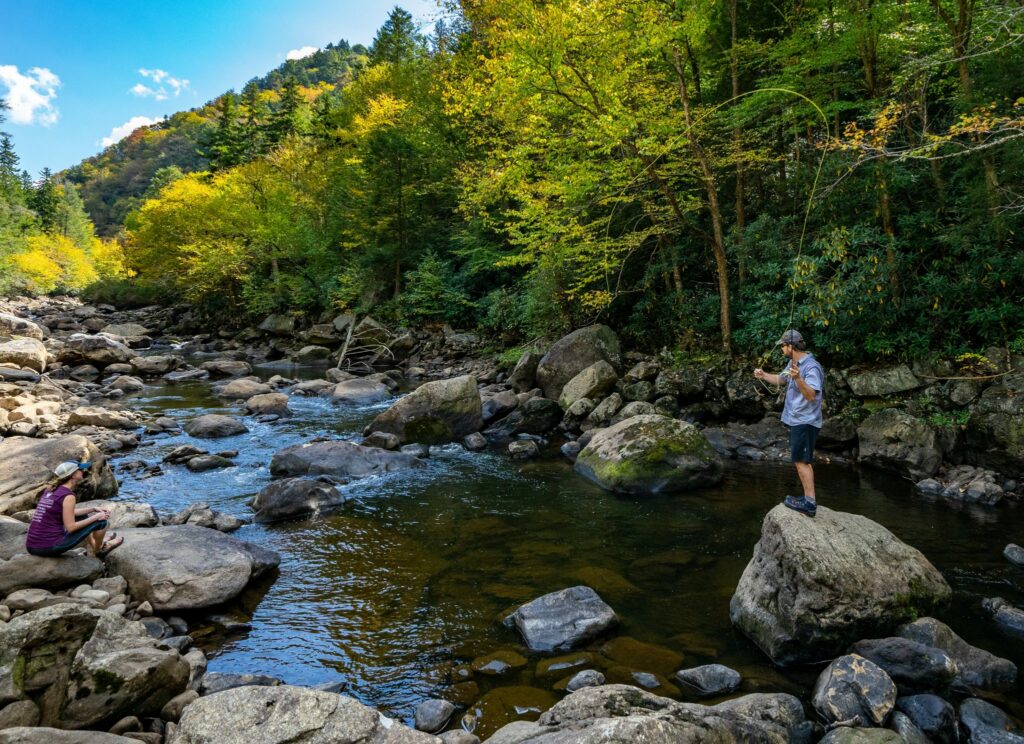 The Mountain, the River, and the Fish: Who is the oldest?

It seems silly to propose that a species of fish is older than the landscape. After all, mountains are immense and seem eternal, and rivers carve canyons and valleys over millennia. Yet, in measuring change, or lack of change, it is not clear that there is any general expectation for who is the oldest. It all depends on whom you compare.

Mountains can be so old as to challenge immortality, or quite young in geological terms. The Blue Ridge of the southern Appalachians is believed to be more than one billion years old. In the central Appalachians, the Allegheny ridges we admire in western Pennsylvania formed perhaps as long ago as 250 million years ago (MYA), with the rocks themselves generally dating to about 300-280 MYA. In contrast, the tallest mountains on Earth are the Himalayas, which started pushing upward only about 40 MYA, and the Andes (second tallest) probably started upward less than 30 MYA. To put this in perspective, there are many species of plants and animals we see commonly today that are older than 30 million years.

It would seem that the rivers could not be older than the landscape they traverse, but they can be. Consider West Virginia’s New River (called the Kanawha lower in its course), which starts in North Carolina and cuts north through the mountains of Virginia and West Virginia to empty into the Ohio River. The New River must have been in place before the Appalachian uplift created those mountains, and with each small earthquake raising the hills another few feet, the New River kept carving away the rock to stay in its bed,  which is now about 1,600 feet below the adjacent ridges. If those mountains are about 250 million years old, then the New River is older than that, and not a new river at all!

The Ohio River did not exist before the Ice Age. Rather, much of the current Ohio basin was the watershed of the Teays river back then, including the New River. The Teays was destroyed by glaciers about 2 million years ago, and as the glaciers retreated the Ohio River eventually formed from the various rivers that compose it today. Despite the fact that the Ohio is a huge river, it is not an old river, and no where near as old as some of its tributaries.

And what about the fish? All the time that mountains are building and rivers are changing course or capturing other headwaters, there are fish swimming about. They would go upstream, or  downstream, or colonize new headwaters as favorable habitat became available. Clearly, many species common today would not have been found in the Arctic-like rivers of this area at the last glacial maximum about 15,000 years ago.  They came back upstream as the habitat warmed. Among them are the paddlefish (Polyodon spathula), and the sturgeon (Acipenser fulvescens), which also lives in Lake Erie, a remnant of glacial meltwater. These are the most ancient fishes in North America with fossils of paddlefish dating to 125 MYA, and sturgeons are perhaps older based on fossils found elsewhere. These are the most dramatic examples, but there are many species that are tens of millions of years old swimming in rivers that are much younger.