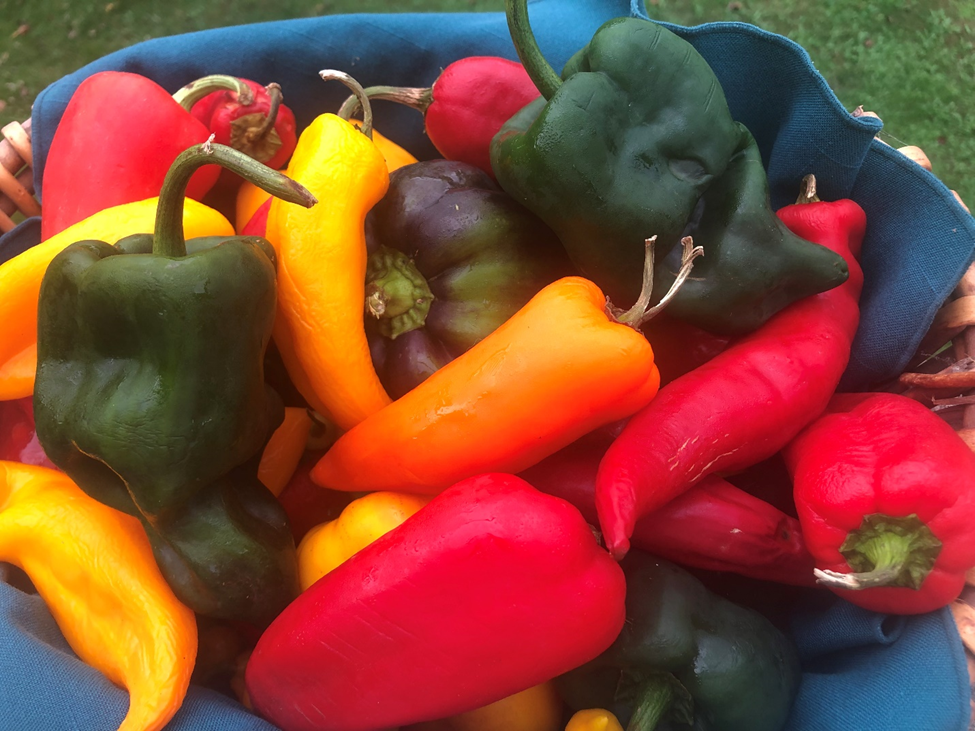 Many of our vegetable crops come from plant families that are famously toxic. Among our most familiar foods are the popular varieties of tomatoes, potatoes, peppers, and eggplants that form the basis of certain cuisines. These are all in the Solanaceae, which is the deadly nightshade family. Indeed, the fruits of the potato plant resemble cherry tomatoes, but they are toxic and will make us very sick. Many readers have heard the legend that Thomas Jefferson publicly ate a tomato to show that they are edible, unlike the toxic nightshade fruits the colonists were familiar with.

In the New World, we have a particularly wonderful diversity of melons largely due to Native American civilizations, and in the Old World cucumbers and zucchinis are staples. All of these are from the Cucurbitaceae, which is also generally a toxic family. The mustard family (Brassicaceae, or Crucifereae) includes broccoli, cauliflower, cabbage, kale and radishes. The sharp flavor of these crops tells you they are chemically defended even in cultivation. Mangoes and cashews belong to the same family as poison ivy (Anacardiaceae), and some people are sensitive to them despite the cultivated forms being generally acceptable. Carrots, celery,  and parsnips are from the Apiaceae, which includes the deadly hemlock that killed Socrates. We cherish this family as spicy condiments in coriander, anise, and caraway.  Coffee, one of the most important commodities in the world, is from the notoriously toxic family Rubiaceae.

Consider cassava, the starchy tuber that ranks as the top vegetable crop in the world. Originally from South America, cassava now represents the basic diet of about 500 million people in South America, Africa, and Asia. Also known as manioc, or yuca (not the same as the yucca), it is perhaps better known to many Americans in the prepared form of tapioca. Cassava is in the famously-poisonous family Euphorbiaceae, and eating undercooked fresh cassava can lead to paralysis or even death.  How did anyone figure out how to eat something that kills you when you try it the first time?

Why do we have so many food crops from poisonous families?  One reason may be that because they are toxic, few animals eat them. You will not see deer chewing down tomato plants. If early farmers found a variety that was acceptable to humans while continuing to be unpalatable to mammals and insects, they would have much more successful agriculture at a time when there were no industrial insecticides.  Having a crop that others will not eat is a very good way to protect your food supply.