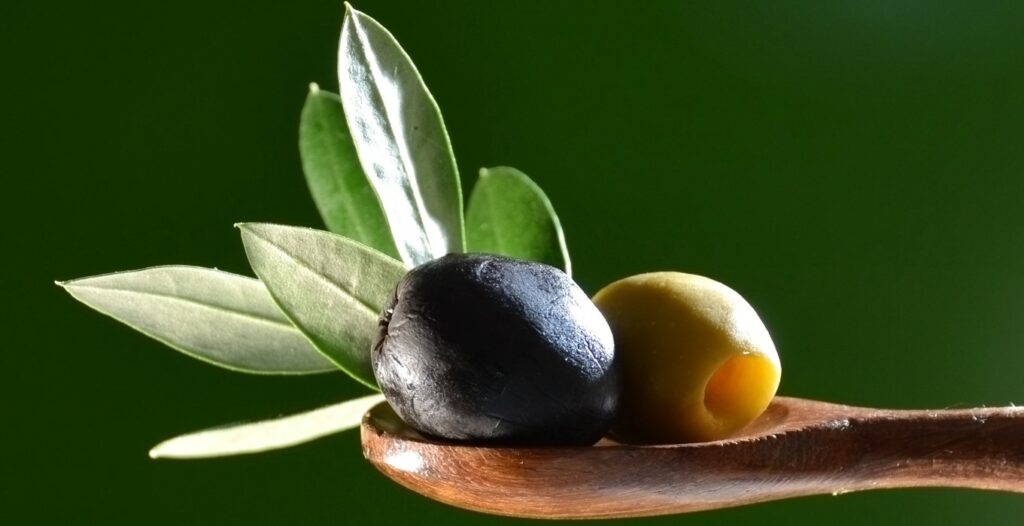 You Can’t Spell “Olive” Without L-I-V-E

Some plants flourish in hard environments and provide food or a good trade crop that allows people to live in areas that are otherwise un-livable. Among important species, we should celebrate the olive. Domesticated probably in Greece by 6,000 years ago, and perhaps as far back as 8,000 years, olive trees grow well in seasonally dry soils, or deserts, that may not support other crops. This was critical to the expansion of Western civilization around the Mediterranean and Middle East. Ancient Greek colonies on dry coasts as far away from Greece such as Monaco, Marseille, or even Spain could be profitable due to olive plantations. Traded on ships long distance, olive oil was always a welcome import for cash. Roman colonies followed the same economy, and some of those ancient colonial sites are still landmarks today. Europe remains the main consumer of olives, eating about a billion dollars worth of olives a year as table fare. Olive oil is an important product world-wide, with about $13 billion in commerce in 2019.

Olives (Olea europaea) are in the Family named for them, Oleacea, that includes other familiar plants such as privet used for hedges, the fragrant ornamentals of lilac and jasmine, and the forest ash tree. Olive trees grow slowly, but may live a very long time. Certain trees in the Garden of Gethsemane in Jerusalem are estimated to be about 900 years old. Olives produce up to 40 or so pounds of fruit per year,  which is a modest amount compared to fruit trees of more mild climates. The trees store their resources in high-quality oils and fats, and crushing olives produces liquids that can be eaten, burned as fuel, or used as cosmetics or for other manufacturing purposes. The annual productivity of a single tree will reduce to only four quarts of oil or less. Yet, this is rewarding because the food value of olive oil is high, with about 120 calories per tablespoon, compared to less than 10 calories for whole milk.  Further, olive oil is high in monounsaturated fatty acids, Omega-3 oil, and antioxidants, which help prevent obesity and cardiac disease, making it a wise food choice. Due to these factors and its desirable flavor, olive oil still ranks as the preferred commodity even though it is more expensive than other healthy oils (such as sunflower, canola, and coconut oil.) Today, olive oil production is largely outside of the historical site of development in Greece.

Top Producers of olives in 2019

Olives were a staple of ancient Mediterranean cuisine, and readers of this blog may enjoy eating olives soaked in brine or oil. Yet, no one would eat a fresh fruit right off the tree. Although they are not toxic, they are too acrid or bitter to eat. It is the curing of olives with brine, or crushing them to make oil, that makes olives valuable. Despite thousands of years of domestication, fresh olives are still inedible!